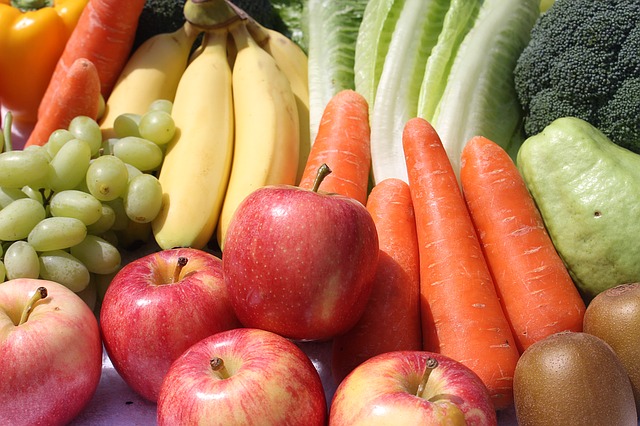 The Dirty Dozen and the Clean Fifteen are respectively the most pesticide-packed produce and those with the least pesticide residues among conventionally-grown fruits and vegetables. Analysis of tests done by the U.S. Department of Agriculture (USDA) found that almost 70 percent of 48 types of conventionally grown produce were contaminated with pesticides. The USDA found 178 different pesticides and pesticide breakdown products on the thousands of produce samples it tested. These pesticides persisted on fruits and vegetables even after they were washed and, in some cases, even when peeled. However, there are huge differences in the number and amount of pesticides found on various types of produce.

For the full list of 51 or so (they update them every year and produce items tend shift around in order) see the EWG website. They also have a useful FAQ page and more details about the pesticides found on some of the produce. The lists below are current for 2018 and I have put 2016 items in brackets where they differ, just to show how the order can change from year to year.

However, the EWG guide has a serious omission since it is based on statistics gathered by the US government, which doesn’t test for glyphosate! Glyphosate is one of the main ingredients in Roundup Herbicide, which also contains arsenic and heavy metals and it is the most widely used pesticide in the world. It seems to me that Monsanto’s (now bought by Bayer) influence at government regulatory level has blocked this. So be aware, that while the EWG list gives a reasonable indication of what to avoid, it should be taken with a grain of salt.

Also, see the note at the bottom of the page about some items that can be GMO, so even though pesticide residues may be low, they are not safe to eat unless organic.

If you can afford it then I recommend eating all organic food, especially if you want to heal from a chronic illness. However, if you are on a tight budget, or perhaps if the particular fruit or vegetable that you want isn’t available at your local organic supplier then use these two lists as guidelines for your decision. This way you can still get the health benefits of a diet rich in fruits and vegetables while also limiting your exposure to pesticides.

What About Other Foods that May Contain Even More Pesticides?

Only fresh produce is tested by the EWG in making these lists, but many other foods have also been 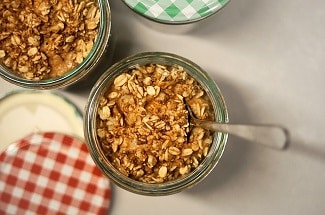 One food that contains alarmingly high levels of glyphosate is oats. This is due to the spraying of the oat fields with glyphosate a couple of days prior to harvest to dry the crop out. This applies to non-GMO oats as well as GMO oats, so you must always buy organic oats. The same thing happens with a number of grains and pulses including wheat, barley, corn and lentils.

So here is a list of foods that you should always eat organic, not conventional:

Hang on. What About Meat??

Good question! Yes, there is no mention of meat on these lists either, but non-organic meat has all kinds of nasties in it and in fact, levels of glyphosate can often be higher than in plant-based foods.

Cows, sheep, pigs, chickens are often dosed with pesticides and antibiotics to prevent pest infestations in the overcrowded and unsanitary conditions that they endure on factory farms. They are also exposed to crop pesticides through their food.

Pesticide residues are found in meat and in animal byproducts, including, disturbingly, pesticides like DDT, which were banned long ago. These pesticides get stored in the animals’ fat, accumulating over time.

Unfortunately government agencies, such as the FDA and EPA in the US for example, are not taking adequate action to protect the public from pesticides, veterinary drugs and heavy metals in meat. The Environmental Working Group estimated in 2016 that 167 million pounds of pesticides are sprayed each year on crops grown for animals in the United States alone. For glyphosate, the most commonly used pesticide in the world, residues permitted in animal feed can be more than one hundred times that allowed in grains consumed by humans, and the amount of glyphosate allowed in red meat is over twenty times that for most plant crops!

So we are essentially dousing animal food crops, typically genetically engineered corn and soy, with so much pesticide that the animals feeding on them can have much higher levels in their tissue than plants grown for your supermarket produce department. This is what ultimately becomes the burger or steak on your plate!

For these and many more reasons, reducing your meat consumption is a great way to support more sustainable agricultural practices while promoting better health for both you and the planet. You don’t have to be a vegetarian or vegan to make a difference — any amount of reduction is a step in the right direction.

You can take the pledge to reduce your meat consumption and learn about other ways you can effect positive changes at www.takeextinctionoffyourplate.com/

If you want to see more about the devastating effects of the meat industry I recommend two eye-opening documentaries — ‘Cowspiracy’ and ‘What the Health. I have added the trailers for these at the bottom of the page, but first, here are the two produce lists — the Dirty Dozen and the Clean Fifteen.

These are the dozen fruits and vegetables that are in general the most contaminated with pesticide residues when grown by conventional, non-organic farms. Definitely aim to get at least these ones as organic. They are listed from the most to the least contaminated with pesticide residues. The list is current for 2018 with 2016 differences in brackets.

These are the fifteen safest fruits and vegetables to buy from conventional, non-organic horticulture. They are listed from the least to the most contaminated with pesticide residues. The list is current for 2017 with 2016 differences in brackets. 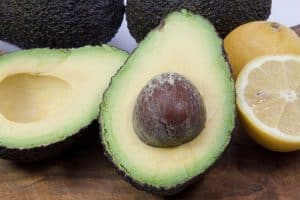 This website is hosted by 100% carbon neutral, fast, secure, reliable, A2 HOSTING – “The Best Hosting In The Industry.” Click here to view hosting plans at 51% off.