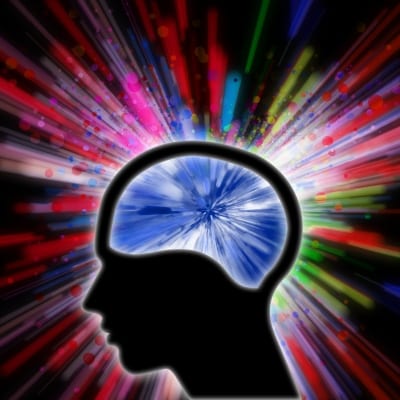 Brainwave entrainment means the use of audio, light or electrical pulses to change the predominant operating frequency of your brainwaves and thus alter your state of consciousness.

Here’s a slightly more technical description. Brainwave Entrainment or Neural Entrainment is the electrical response of the brain’s neural oscillation frequencies to an external stimulus such as pulses of sound, light or electrical currents. When the rhythm of the external stimulus is consistent and rapid enough to mimic brainwave frequencies, the brain begins to synchronise its own electrical vibrations to the frequency of the stimulus. This is sometimes called the Frequency Following Response (FFR). So the brainwaves become entrained to the frequency of the external pulsations.

How will brainwave entrainment benefit you?

Brainwave entrainment is an extremely powerful way to quickly bring you into deeper states of meditation or relaxation, and to enhance your creativity, concentration, learning ability and your capacity to do effective creative visualisation.

The effectiveness varies depending on the type of brainwave entrainment and how well it has been designed. It can also take some practise to become more receptive to it and some people find it easier than others, just as some people are more easily hypnotised than others. Different people respond better to or prefer different programs. Brainwave entrainment audios can be accompanied by nature sounds, relaxing music, white noise, guided meditations or they can be without any background audio. 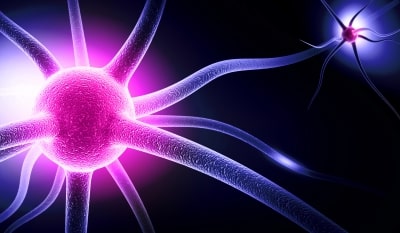 Brainwaves are the result of tiny electrical impulses that are produced by the billions of neurons (brain cells) in our brains to communicate with each other. Millions of these tiny impulses combine together in synchronized, rhythmic wave-like patterns, which can be detected on the scalp by sensitive equipment such as an electroencephalogram (EEG).

These brainwave patterns are at the root of all of our thoughts, emotions, beliefs, perceptions and behaviours.

One could then ask, “Then, what causes the particular brainwaves and thus thoughts, emotions and so on to occur in the first place?” In my view, they are just physical manifestations of our energy body or consciousness, but lets stick to a purely scientific view for now and not get into the realm of philosophy and metaphysics that science cannot explain!

Brainwave frequencies are related to what we are doing or feeling, so when we are sleeping, for example, our dominant brainwave patterns are much slower than when we are active and alert. 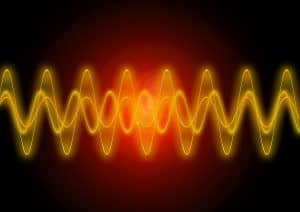 Brainwave frequencies can be divided into broad bands based on their frequency range in Hertz (cycles per second), each characterising different states of consciousness.

In reality, the picture is a bit more complex and the brainwave frequencies have slightly different interpretations depending on what part of the brain they occur in and in what combination.

Here is the current classification of known brainwave frequency bands and their associated functions and states of consciousness:

Hyper Gamma and Lambda are the highest detected brainwave frequencies with the smallest amplitude, so they are difficult to measure and little is known about them. They are carried on the very slow Epsilon Waves (<0.5Hz).These frequencies are associated with elevated levels of self awareness, intuition and insight. Tibetan monks who are able to jump into icy lakes, sit naked in sub-zero temperatures and dry out wet blankets using their body heat (a practice called Tummo - 'Inner Fire') exhibit high levels of these.

The predominant Gamma frequency is at around 40 Hz, which is actually higher than the neuronal firing rate, so it’s still not fully understood how they are generated. (Different sources give different frequency values, ranging from 27-38 Hz, for the frequency where beta waves become classified as gamma waves, but it is slightly arbitrary and not important for our discussion).

Gamma waves influence and interconnect the entire brain and are associated with peak cognitive function, being in a state of flow or in ‘the zone’, and with feelings of oneness as experienced by advanced meditators. They are important in harmonizing and unifying the activity of different parts of the brain, combining different perceptions.

These benefits are strong incentives to get meditating to live life to the fullest; just as an Olympic athlete trains the body, we can train the mind to perform better and to experience greater happiness and fulfilment.

Beta waves are the most dominant brainwaves in the normal awake, active, alert, focused state of mind that most people are in during the day. They are associated with peak cognitive ability, concentration and visual acuity. Reduced Beta activity can lead to disorders such as depression and ADHD.

In high Beta (from about 18-32 Hz) one is wide awake, alert, focused, able to assimilate new information rapidly, perform complex mental processing, and function at peak physical and mental performance. However, this cannot be sustained indefinitely otherwise tension, anxiety and exhaustion result.

Mid-Beta (15-18 Hz) is the normal wide awake, alert behaviour range, with the optimal frequency for peak functioning at around 18.5 Hz.

A slow, sub-band of Beta waves, from 12.5 to 15 Hz, are known as Sensory Motor Rhythm (SMR) waves. These are characterised by a state of alert, focused, but calm attention, less blinking and more eye focus during inactivity. They can help relieve stress, insomnia and depression, and are generally high in healthy people and athletes.

Alpha is associated with a calm, relaxed and effortless alertness in which we focus inwards and withdraw from excessive thinking and sensory stimulation. It is also related to super-learning ability, hyper-efficiency in processing single tasks and resourcefulness. Deep breathing and closed eyes can amplify alpha wave production. Alpha peaks around 10Hz.

Alpha brain waves are important for creativity, and highly creative people are able to generate big bursts of alpha waves when solving problems. In this way they are able to come up with more creative ideas and solutions than normal, less-creative people.

Alpha is the resting state of the brain, which is dominant during light meditation, contemplative prayer and in a state of being in the present moment. Alpha brainwave entrainment frequencies are excellent for relaxation, visualization, reducing stress and anxiety and enhancing learning ability.

Around the boundary of Alpha and Theta is the fundamental Schumann Resonance frequency (7.83 Hz), which corresponds to the resonant frequency of the extremely low-frequency (ELF) band of the Earth’s electromagnetic field. This field is generated by lightning and forms standing waves in the cavity between the Earth’s surface and the Ionosphere. It is believed that when this frequency is prevalent in the brain, retrieval of memories from the subconscious, creative insights and intense transformative states occur.

It is a normal waking state for children up to about 10-13 years old, and partly accounts for their ability to assimilate information and learn. Thus, it is an ideal brain state to be in for effective hypnotherapy, creative visualizations and positive affirmations.

Delta waves are the lowest frequency, highest amplitude (‘loudest’) brain waves, which occur when you are completely unconscious in deep dreamless sleep. Delta is the predominant state for infants up to one year old. In Delta there is lowered blood pressure, reduced respiration rate, decreased body temperature and no muscle movement — the Reticular Activating System (RAS) shuts this down.

This is an extremely important state for regeneration, self-healing, immune functioning, calming of the limbic/emotional system, resetting the body’s internal clocks, and release of human growth hormone (HGH), which is essential for good health. This is why deep restorative sleep is such an essential part of the healing process.

Delta waves are dominant during the very deepest meditation states, with deep peace, empathy and suspension of external awareness. The boundary of Delta and Theta (3.5 Hz) is associated with access to long-term memory.

At the extreme slow end of the delta wave range are Epsilon or Infra-Low waves, which are thought to be basic cortical brain rhythms linked to higher brain functions through harmonic frequencies. Some neurofeedback therapy is now being done at this extremely low-frequency range.

Epsilon waves have reportedly been associated with the state Yogis go into when they achieve “suspended animation” with no detectable heart beat or respiration. 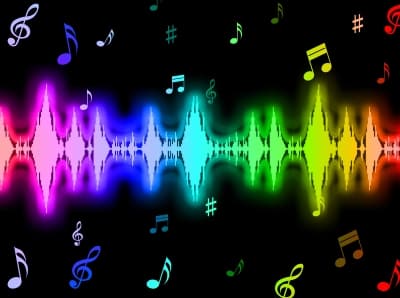 When tones of slightly different frequencies are heard separately in each ear, pulsations called binaural beats occur in the brain, which results in the whole brain becoming entrained to that internal beat and resonating with it.

This process is similar to that which produces a beat when two similar tones on a guitar or piano are played. Let’s say you play concert A (440 Hertz) and A sharp (466 Hertz) together. The third beat you hear is at 26 Hz — the difference between these two frequencies — and when you are tuning an instrument, the closer the two notes get in frequency the slower the beat.

Similarly, if these two tones are played separately into each ear your brain detects and ‘produces’ a third tone of 26 Hertz inside the brain. In this case, the third tone is not an actual sound at all, but rather an electrical signal that is created as your brain processes each tone from the left and right ear.

As the brain continually processes this imaginary third signal, it begins to synchronize with (or “entrain”) to that frequency. This ghost signal is created by both sides of the brain working in unison and can lead to a state called hemispheric synchronization or whole brain sync.

Binaural beats are more subtle than Isochronic tones or Monoaural beats, but they are useful for entraining the brain to low frequencies below the threshold of hearing as entrainment at these levels cannot be produced by the other two methods.

Isochronic tones use a single tone that is pulsed on and off to produce a strong beat. This means that the signal is much louder (higher amplitude) than that create by binaural beats, so they are potentially more effective. The other main advantage of using Isochronic tones over Binaural beats is that they do not require stereo headphones for effective entrainment.

Some research also suggests that the brain adapts to, and as a result filters out binaural beats after prolonged use, though there is still conflicting evidence over this claim. In any case, good brainwave entrainment programs combine different entrainment methods and cycle through different frequencies so the brain is less likely to habituate.

A major disadvantage of isochronic tones is that by nature they are very audible, so they can detract from the beauty of the music, nature sounds or guided meditations that you are listening to and even be somewhat distracting. The trick is that they need to be mixed into the brainwave entrainment audios in a tasteful or subtle way and some programs manage to do this quite well.

Monaural beats are similar to binaural beats except that they play both tones in each stereo channel, so the interference pattern that produces the entrainment beat is already created outside your head and, like isochronic tones, they don’t need headphones to work. The pulses are much higher in amplitude than binaural beats, with the added advantage of being less harsh than isochronic tones.

What are the best Brainwave Entrainment technologies?

As time goes on I will review brainwave entrainment music, software and devices and give you recommendations on what I have found most effective. These products will cover a range of budgets from free to several thousand dollars. As often is the case, you get what you pay for, but not always. There are some excellent economical programs and gadgets available. You will be able see my recommendations by going to my reviews page.

My recommendation, if you can afford it, is to invest in a mind machine. These are like MP3 players, but with special glasses that convert the brainwave entrainment encoded audio into colored light pulses. The addition of visual stimulation along with the audio greatly enhances the effectiveness. The mind machine that I recommend is the Kasina Mind Media System by MindPlace. These are really the bees-knees for under $500.

Thanks for reading and please feel free to leave any comments or questions below.